Although a lapsed neuroscientist, I do a lot of thinking about how to elicit the right response in a consumer’s mind from the marketing strategies I create. Engaging with the non-conscious part of us is what is critically important for great marketing. Do you need some convincing? Well, consider this:

Would you buy wine based on the music you’re listening to? How many of you are shaking your head “no”? I bet most of you.

But that’s the question that behavioral economist Antonio Rangel asked and answered. In his wine study, he selected four French and four German wines and matched them based on price and dryness. They were then placed on a supermarket shelf in England. French and German music were played on alternate days from the top shelf of the display.

But does engaging the non-conscious parts of our consumer’s brains work in B2B marketing? You betcha. Let’s look at enterprise gamification.

We are designed to be happy! More accurately, we’re designed to seek out happiness. It’s in our nature to seek out those things that make us happy or comfortable and avoid, that which is painful, or that we don’t like. As a species, we have been remarkably successful in creating a world that delivers to us – pleasure. In fact, we are hard-wired to get more of whatever is delivering us happiness. 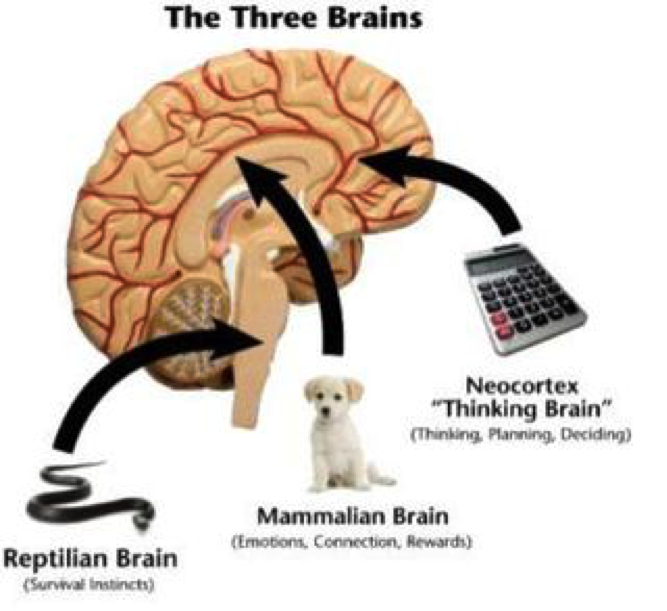 Dopamine, a prominent neurochemical, plays a central role in motivation and reward (i.e. pleasure!). The dopamine neurons (nerve cells) drive pleasure-seeking behaviors. And while endorphins (morphine-like neurochemicals that stimulate our pleasure centers) make us like something, dopamine makes us want more of it.

Gamification is all about the use of game thinking and game mechanics to drive what I call striving behaviors – eliciting the desire to want more of something and receiving a sense of pleasure once that want is fulfilled.

In the B2B space, SAP launched its online community – the SAP Community Network (SCN) 12 years ago. Over the years it has grown to become the go-to social network for customers, employees, consultants, professional services firms, outsourcers – just about anyone in the SAP Eco-system. SCN is so effective that many customers go there rather than to SAP’s traditional support line.

But after a migration to a new community platform, engagement indicators dropped. It was clear to the SAP team that they needed to jump on this or risk sliding back and having to re-market to and re-engage community members.

The team chose to gamify the SCN experience by designing missions, which the team could send community members on. These missions are multi-level achievement and rewards oriented — just like a viral game and are meant to stimulate the happiness machine – the dopamine/endorphin pleasure complex. The core of this gamification project was the reputation program that SCN rests on.

In the SCN reputation program, community members earn points that reflect their reputation within the community. And members accrue these points by fulfilling missions – onboarding to the community, contributing content, showcasing expertise, or influencing peers etc. This point economy drives the striving behavior… in this case striving to become an influential and respected member of a vast high-tech community, by achieving surprise levels at each stage in the gamification process.

After just one month, the results were astounding:

The SCN is now filled with engagement addicts – and I use that term in the most positive sense. Our reward systems are there for a reason – to make us happy and if engaging on SCN makes YOU happy – the more power to you.

Gamification isn’t the only way to cross the neuro-digital divide. Any marketing strategy that leverages the way the brain stores, represents and responds to information about a brand, product or service will do.

Keep these elements in mind when designing your marketing strategy: